The Cradle of Ice 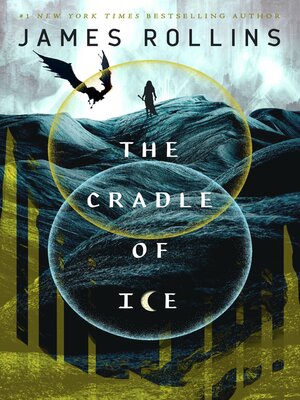 The second book in the New York Times bestselling Moonfall series from thriller-master James Rollins, The Cradle of Ice is a page-turning tale of action, adventure, betrayal, ambition, and the struggle for survival in a harsh world that hangs by a thread.
To stop the coming apocalypse, a fellowship was formed.
A soldier, a thief, a lost prince, and a young girl bonded by fate and looming disaster.
Each step along this path has changed the party, forging deep alliances and greater
enmities. All the while, hostile forces have hunted them, fearing what they might
unleash. Armies wage war around them.
For each step has come with a cost—in blood, in loss, in heartbreak.
Now, they must split, traveling into a vast region of ice and to a sprawling capital of the world they've only known in stories. Time is running out and only the truth will save us all.
The Moonfall Series:
The Starless Crown
The Cradle of Ice
At the Publisher's request, this title is being sold without Digital Rights Management Software (DRM) applied.