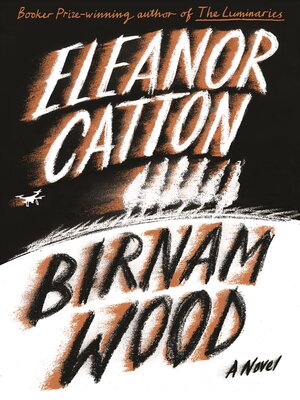 "Birnam Wood is terrific. As a multilayered, character-driven thriller, it's as good as it gets. Ruth Rendell would have loved it. A beautifully textured work—what a treat." —Stephen King
"One of the finest writers of our time." —Jonathan Ruppin, The Independent
The Booker Prize–winning author of The Luminaries brings us Birnam Wood, a gripping thriller of high drama and kaleidoscopic insight into what drives us to survive.

A landslide has closed the Korowai Pass on New Zealand's South Island, cutting oﬀ the town of Thorndike and leaving a sizable farm abandoned. The disaster presents an opportunity for Birnam Wood, an undeclared, unregulated, sometimes-criminal, sometimes-philanthropic guerrilla gardening collective that plants crops wherever no one will notice. For years, the group has struggled to break even. To occupy the farm at Thorndike would mean a shot at solvency at last.
But the enigmatic American billionaire Robert Lemoine also has an interest in the place: he has snatched it up to build his end-times bunker, or so he tells Birnam's founder, Mira, when he catches her on the property. He's intrigued by Mira, and by Birnam Wood; although they're poles apart politically, it seems Lemoine and the group might have enemies in common. But can Birnam trust him? And, as their ideals and ideologies are tested, can they trust one another?
A gripping psychological thriller from the Booker Prize–winning author of The Luminaries, Eleanor Catton's Birnam Wood is Shakespearean in its drama, Austenian in its wit, and, like both inﬂuences, fascinated by what makes us who we are. A brilliantly constructed study of intentions, actions, and consequences, it is a mesmerizing, unﬂinching consideration of the human impulse to ensure our own survival.