Treasured by the Alien Pirate 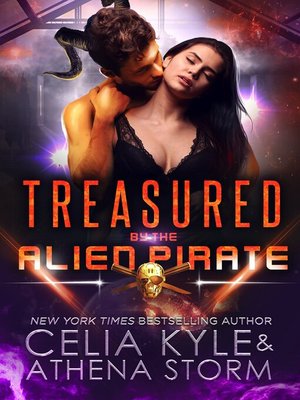 I'm a wanted woman. In more ways than one.

I was arrested, then imprisoned in cryosleep, and finally rescued by a crew of horned, golden skinned aliens.

Now my government has branded me a traitor.

Whoever is after me is willing to kill—to destroy anything and anyone in their way.
They're powerful and without mercy.
It's enough to make me lose all hope.

He's a dangerous man and he promises to protect me.
Former mercenary with the Hael Hounds—more blood on his hands than he cares to recount.
He's experienced suffering. And pain. And loss.
I can tell that he sees something in me.
Something that makes him willing to kill again.

Yet with him, I feel safe.
And even if we travel to the ends of the galaxy,
With him...