Chéri and the End of Chéri 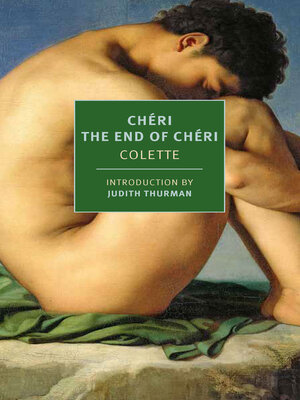 View more libraries...
Colette's celebrated novels about an older courtesan and her young lover, now in a new translation and published in one volume.
Colette’s Chéri (1920) and its sequel, The End of Chéri (1926), are widely considered her masterpieces. In sensuous, elegant prose, the two novels explore the evolving inner lives and the intimate relationship of an unlikely couple: Léa de Lonval, a middle-aged former courtesan, and Fred Peloux, twenty-five years her junior, known as Chéri. The two have been involved for years, and it is time for Chéri to get on with life, to make something of himself, but he, the personification of male beauty and vanity, doesn’t know how to go about it. It is time, too, for Léa to let go ofChéri and the sensual life that has been hers, and yet this is more easily resolved than done. Chéri marries, but once married he is restless and is inevitably drawn back to his mistress, as she is to him. And yet to reprise their relationship is only to realize even more the inevitability of its end. That end will come when Chéri, back from World War I, encounters a world that the war has changed through and through. Lost in his memories of time past, he is irremediably lost to the busy present. Paul Eprile’s new translation of these two celebrated novels brings out a vivid sensuality and acute intelligence that past translations have failed to capture.