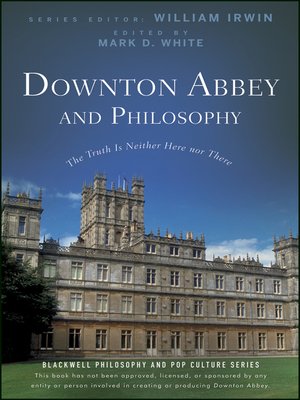 The Blackwell Philosophy and Pop Culture

Who can resist the lure of Downton Abbey and the triumphsand travails of the Crawley family and its servants? We admireBates's sense of honor, envy Carson's steadfastness, and thrill toViolet's caustic wit. Downton Abbey and Philosophy draws onsome of history's most profound philosophical minds to delve deeplyinto the dilemmas that confront our favorite characters. WasMatthew right to push Mary away after his injury in the war? WouldLord Grantham have been justified in blocking Lady Sybil's marriageto Tom Branson? And is Thomas really such a bad person?

Philosophical speculation awaits on every page of this essentialDownton Abbey companion. So take a seat in your personallibrary, have the butler pour a cup of tea, and start reading!

The Blackwell Philosophy and Pop Culture