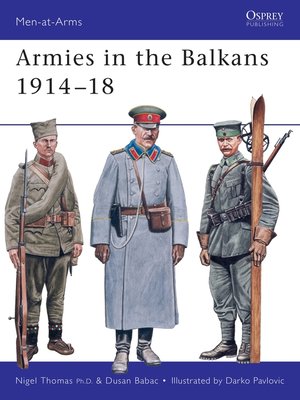 Recent history should remind us that it was events in the Balkans which sparked off World War I (1914-1918), with the assassination of the Austrian heir Prince Franz Ferdinand in Sarajevo, and the consequent invasion of Serbia by Austro-Hungarian armies on 2 August 1914. Nevertheless, the subsequent four-year war in that theatre is always overshadowed by the simultaneous campaigns on the Western Front. For the first time this book offers a concise account of these complex campaigns, the organisation, orders of battle, and the uniforms and insignia of the armies involved: Austro-Hungarian, German, Ottoman, Serbian, Montenegrin, Albanian, British, French, Italian, Russian, Bulgarian, Greek and Rumanian.