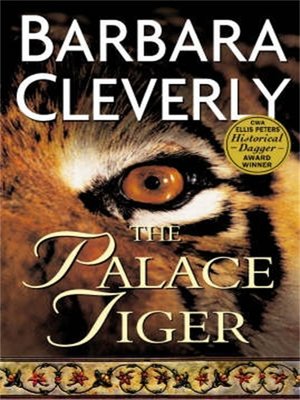 FictionMystery
India, 1922. In this, the fourth in the acclaimed Joe Sandilands series, Scotland Yard detective Joe arrives in the princely state of Ranipur at the request of the Maharajah, an old ally of the British. The Maharajah is dying, and the succession is unclear. The death of his first son, while panther-wrestling, is suspicious, but as Joe begins to investigate a second son dies dramatically right before his eyes. With only the youngest, aged 12, now left to succeed, can Joe ensure his survival? In the glittering and luxurious setting of the court with its array of powerful, scheming characters, Joe must find his way through the maze of intrigue to trap, at last, the palace tiger.
FictionMystery

Barbara Cleverly was born in the north of England and is a graduate of Durham University. A former teacher, she has spent her working life in Cambridgeshire and Suffolk; she now lives in Cambridge. She has one son and five step-children. Her Joe S...

More about Barbara Cleverly
The Palace Tiger
Copy and paste the code into your website.
New here? Learn how to read digital books for free