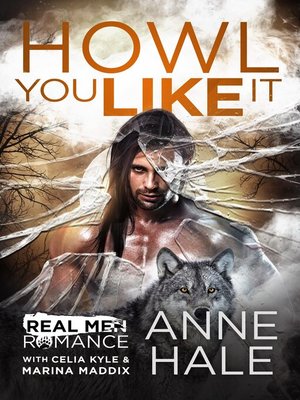 Two desperate souls... William needs help and Stella needs a job. A match made in Heaven? William's inner-wolf seems to think so...

William's a wolf shifter restaurateur at war with himself. A past tragedy has caused discord with his wolf and now, whenever he shifts, he's overcome with uncontrollable berserker rage.

Stella's a witch and former therapist with her own tragic past. She's lost her way, and now wanders through life without direction.

These two disparate souls meet at the Howl You Like It diner, William's restaurant. That's when the fickle finger of fate strikes, and Will discovers the truth... Stella is his mate.

Together, they whip up delectable deliciousness... both in the kitchen and out.

But William knows he can't remain a divided man forever. He has to make peace with his wolf and get control of his life. Quickly! Because a creepy Warlock has his eyes set on Stella for a crazy magical scheme.

Can William come to terms with his wolf? Can Stella learn to trust herself again? And what really is the best dipping sauce for sweet potato fries?

They'll answer these questions, together.