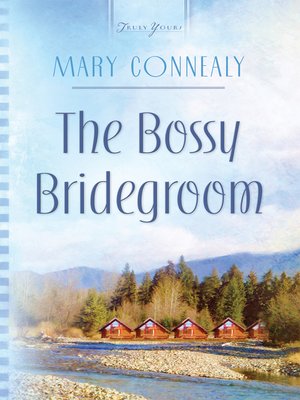 A Truly Yours Digital Edition. . .Michael is a fixer. Michael Davidson knows the demise of his marriage was his fault, and now, as a new Christian, he's determined to make things right. But when he finds his wife, he discovers she's given their child up for adoption. And while she has new friends and seems to have made a life for herself, Michael can't stand the way those people take advantage of her. So he steps in to help Jeanie get it right. Jeanie has spent the last year rebuilding her life. She knows God loves and has forgiven her. She finds herself stronger in that knowledge every day—until Michael arrives and brings with him all the regrets and shame of the past. Will Jeanie ever be able to trust herself or her husband again? Can Michael overcome his hurtful, controlling ways? Only God, the true Fixer of mankind, knows the answers.

Mary Connealy writes romantic comedy with cowboys. She is a Carol Award winner, and a Rita, Christy, and Inspirational Reader's Choice finalist. She is the bestselling author of the Wild at Heart series, Trouble in Texas series, Kincaid Bride seri...

More about Mary Connealy
The Bossy Bridegroom
Copy and paste the code into your website.
New here? Learn how to read digital books for free