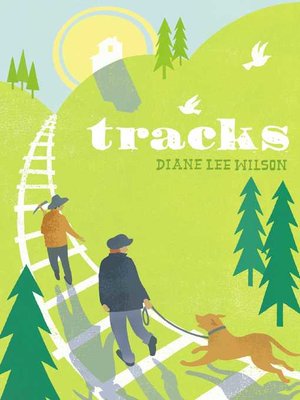 View more libraries...
Can the railroad that is uniting America also bridge the gap between two boys from different backgrounds?
Shortly after the Civil War, Malachy laces on his father's boots and travels to the American West to work on the transcontinental railroad that will unite the country. In addition to the challenge of the physically grueling work, Malachy also has to adjust to working with Chinese men and boys, whom he views with suspicion and contempt. Despite everything, Malachy gets by with his love for his fierce new dog, Brina, and Blind Thomas, the most hardworking and loyal railroad horse around.

But after a Chinese boy is blamed for stealing a bag of coins, Malachy begins to reconsider his prejudices—because Malachy is the real thief, and his conscience is uneasy. He begins to notice the many ways in which the Chinese workers are mistreated. And when real danger threatens, Malachy needs to find the courage to step up and do what's right.

Diane Lee Wilson's atmospheric writing vividly depicts the western landscape of America in the 1860s and draws you right in alongside Malachy—and his beloved horse and dog—as he navigates a bumpy moral terrain and discovers a friendship he never knew was possible.