Dragons in the Waters 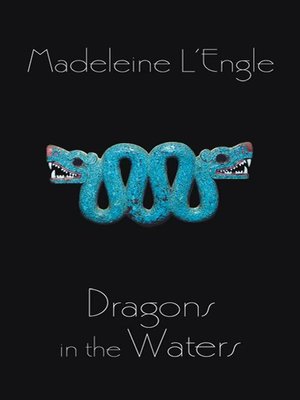 By the author of A Wrinkle in Time, the follow-up to The Arm of the Starfish has Simon and the O'Keefes trying to find a stolen painting and a murderer, all while trapped aboard a ship.
Thirteen-year-old Simon Renier has no idea when he boards the M.S. Orion with his cousin Forsyth Phair that their journey to Venezuela will be a dangerous one. His original plan—to return a family heirloom, a portrait of Simon Bolivar, to its rightful place—is sidetracked when cousin Forsyth is found murdered. When the portrait is stolen, all passengers and crew are suspects. Simon's newfound friends, Poly and Charles O'Keefe, and their scientist father help Simon try to find his painting, and his cousin's murderer. But will they succeed before they land? Or will the murderer and thief escape into the jungles of Venezuela?
Books by Madeleine L'Engle

A Wrinkle in Time Quintet
A Wrinkle in Time
A Wind in the Door
A Swiftly Tilting Planet
Many Waters
An Acceptable Time
A Wrinkle in Time: The Graphic Novel by Madeleine L'Engle; adapted & illustrated by Hope Larson
Intergalactic P.S. 3 by Madeleine L'Engle; illustrated by Hope Larson: A standalone story set in the world of A Wrinkle in Time.
The Austin Family Chronicles
Meet the Austins (Volume 1)
The Moon by Night (Volume 2)
The Young Unicorns (Volume 3)
A Ring of Endless Light (Volume 4) A Newbery Honor book!
Troubling a Star (Volume 5)
The Polly O'Keefe books
The Arm of the Starfish
Dragons in the Waters
A House Like a Lotus
And Both Were Young
Camilla
The Joys of Love