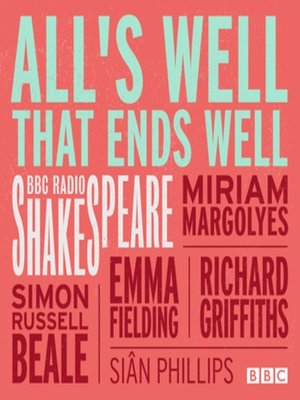 All's Well That Ends Well finds Helena rewarded for her ministries to the sick with the choice of any husband she wishes. Her choice, Bertram, is unwilling to have her as his wife and sets her a number of seemingly impossible tasks to complete before he will relent. Emma Fielding, Siân Phillips and Miriam Margolyes star.

All's Well That Ends Well
Copy and paste the code into your website.
New here? Learn how to read digital books for free