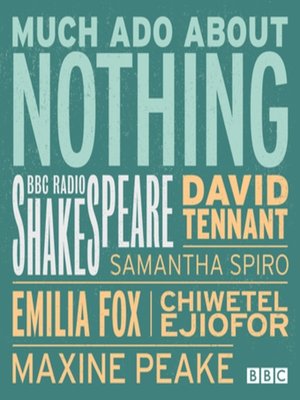 Much Ado About Nothing

In Much Ado, the clarity of radio allows the wonderful verbal sparring between Beatrice and Benedick to sparkle as, high comedy and melodrama mix magically in a combination of prose and verse.

Much Ado About Nothing
Copy and paste the code into your website.
New here? Learn how to read digital books for free