ebook ∣ Lessons (and Worries) from an Ink-Stained Life 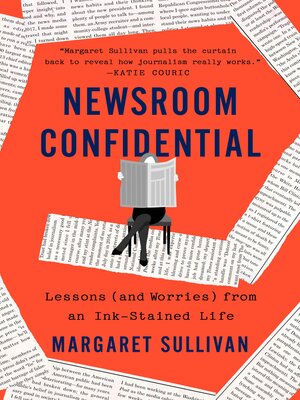 "Sullivan remains the critic American journalism requires, a veteran practitioner with street cred, still in touch with the 'unaccountable joy' of reporting and writing that continues to draw talented young people to the field." —Steve Coll, The New York Times Book Review

Sullivan began her career at the Buffalo News, where she rose from summer intern to editor in chief. In Newsroom Confidential she chronicles her years in the trenches battling sexism and throwing elbows in a highly competitive newsroom. In 2012, Sullivan was appointed the public editor of The New York Times, the first woman to hold that important role. She was in the unique position of acting on behalf of readers to weigh the actions and reporting of the paper's staff, parsing potential lapses in judgment, unethical practices, and thorny journalistic issues. Sullivan recounts how she navigated the paper's controversies, from Hillary Clinton's emails to Elon Musk's accusations of unfairness to the need for greater diversity in the newsroom. In 2016, having served the longest tenure of any public editor, Sullivan left for the Washington Post, where she had a front-row seat to the rise of Donald Trump in American media and politics.
With her celebrated mixture of charm, sharp-eyed observation, and nuanced criticism, Sullivan takes us behind the scenes of the nation's most influential news outlets to explore how Americans lost trust in the news and what it will take to regain it.