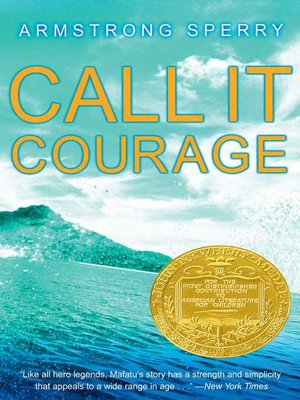 Maftu was afraid of the sea. It had taken his mother when he was a baby, and it seemed to him that the sea gods sought vengeance at having been cheated of Mafatu. So, though he was the son of the Great Chief of Hikueru, a race of Polynesians who worshipped courage, and he was named Stout Heart, he feared and avoided tha sea, till everyone branded him a coward. When he could no longer bear their taunts and jibes, he determined to conquer that fear or be conquered-- so he went off in his canoe, alone except for his little dog and pet albatross. A storm gave him his first challenge. Then days on a desert island found him resourceful beyond his own expectation. This is the story of how his courage grew and how he finally returned home. This is a legend. It happened many years ago, but even today the people of Hikueru sing this story and tell it over their evening fires.