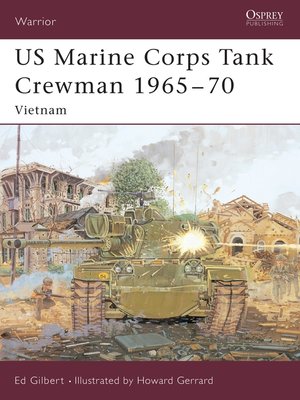 By 1960, following Korea, tanks and their crews had proved themselves to be a fundamental part of the Marine Corps' combined arms team. When the Marines were ordered to Vietnam in 1965, they took their tanks with them. This book explores this decision, which created a political storm. The presence of the tanks became a lightning rod for accusations of an 'escalation' of the war. Nevertheless, the tanks not only proved their value in the anti-guerrilla campaigns, but also amid the bitter conventional fighting and extraordinary casualties at Hue City. The ability to undertake such radical change and to prevail demonstrated the versatility, courage and tenacity that are the hallmarks of the 'ordinary' Marine.