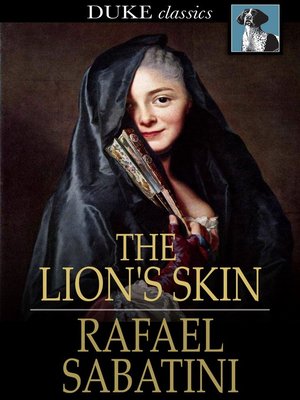 In past eras, the illegitimate children of powerful monarchs and aristocrats were often sent abroad to be raised where they could cause no undue embarrassment to their biological parents. This commonplace practice forms the plot of Rafael Sabatini's epic classic The Lion's Skin. In the novel, Justin Caryll, the illegitimate son of the influential Earl of Ostermore, travels from France to his native England to confront his father -- and to exact his long-planned revenge.

The Lion's Skin
Copy and paste the code into your website.
New here? Learn how to read digital books for free