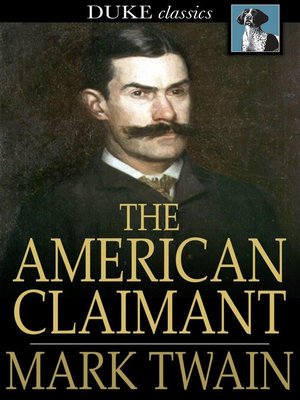 Though he is best known as a humorist, famed American author Mark Twain also tried his hand at social satires, to much critical and popular acclaim. In The American Claimant, Twain provides a thematic follow-up to his previous novel, The Prince and the Pauper, with a tale of an American con artist and a British aristocrat who essentially switch places and reveal the unsavory aspects of each lifestyle and social milieu.

The American Claimant
Copy and paste the code into your website.
New here? Learn how to read digital books for free