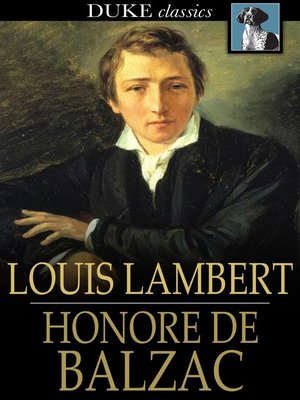 There's no debate over the fact that philosophers and thinkers have profoundly shaped and influenced human civilization. But how does this transformation take place at the level of the individual? That's the fascinating issue that Honore de Balzac takes on in the novel Louis Lambert, which follows the title character—a precocious schoolboy—as he develops an intense interest in the thought of the Swedish philosopher Emanuel Swedenborg.

Louis Lambert
Copy and paste the code into your website.
New here? Learn how to read digital books for free