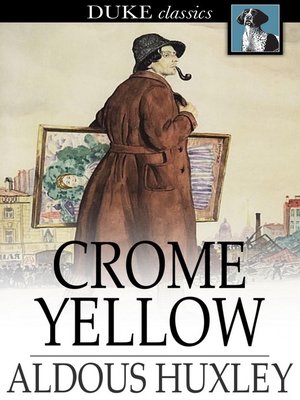 Though Aldous Huxley would later become known as one of the key early figures in the genre of dystopian science fiction, his first novels were gentler satires that played on the manor house genre. Crome Yellow tells of the goings-on at a house called Crome, an artists' colony of sorts where thinkers and writers gather to work, debate, and sometimes, to fall in love.