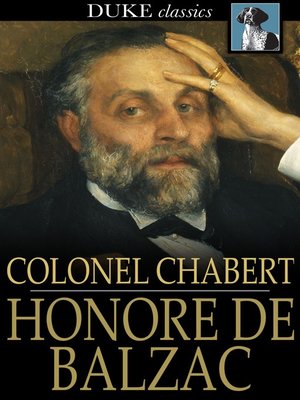 Part of the epic series of historical novels known as The Human Comedy, Honore de Balzac's Colonel Chabert delves into the roots of the upheaval that came to a head during the Restoration period in the early nineteenth century. In the novel, Balzac mercilessly skewers the social problems of the era, contrasting the honor and courage that Napoleon's soldiers exhibited on the battlefield to the decadence and excess that were displayed in the era's upper-crust conventions.

Colonel Chabert
Copy and paste the code into your website.
New here? Learn how to read digital books for free