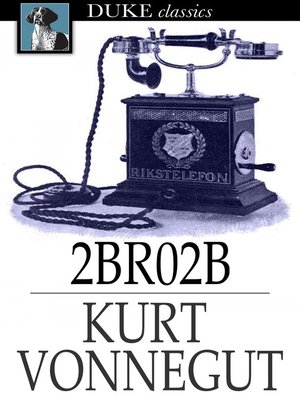 Regarded by critics and fans alike as one of the most accomplished and witty social commentators of the twentieth century, all of Kurt Vonnegut's unique strengths as a writer shine in the short fiction piece 2BR02B. The title is a clever take on Hamlet's famous rhetorical question, "To be or not to be?" In this brave new world, it's the phone number one calls to schedule an assisted suicide or termination—both of which are commonplace occurrences in a time when the population is strictly controlled by government mandate.

2BR02B
Copy and paste the code into your website.
New here? Learn how to read digital books for free