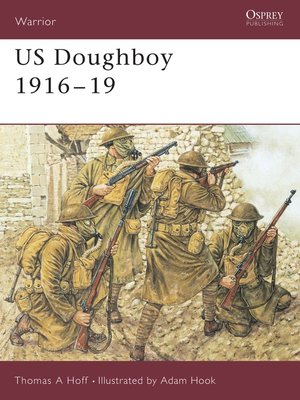 Dedicated to the life of the average US soldier during World War I, this book follows the doughboy during the course of the war: from conscription, arrival at a training facility, transportation to Europe, and finally into combat in the trenches. The evolution of the US Army is discussed, and its organization, the tension between Pershing's desire for "open" warfare and the actual reality of trench warfare is examined in detail. Appearance, equipment and weaponry of the American soldier are all featured, along with vivid descriptions of day-to-day experiences and the shock of combat on the front.