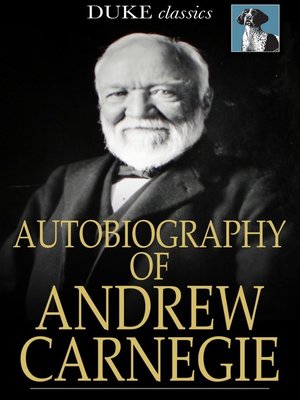 The industrialist, businessman, and philanthropist Andrew Carnegie (1835 - 1919) established a gospel of wealth that can be neither ignored nor forgotten, and set a pace in distribution that succeeding millionaires have followed as a precedent. In the course of his career he became a nation-builder, a leader in thought, a writer, a speaker, the friend of workmen, schoolmen, and statesmen, the associate of both the lowly and the lofty. But these were merely interesting happenings in his life as compared with his great inspirations - his distribution of wealth, his passion for world peace, and his love for mankind. Here is his life story as told by Carnegie himself.