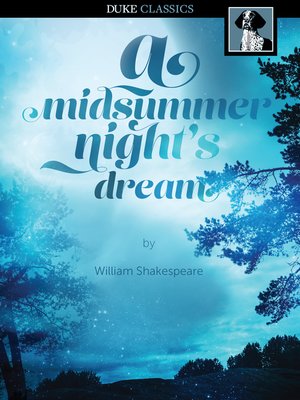 Midsummer Night's Dream is Shakespeare's classic tale of two couples who can't quite pair up to everyone's satisfaction. Demetrius and Lysander love Hermia. Hermia loves Lysander but has been promised to Demetrius by her father. Hermia's best friend Helena loves Demetrius, but in his obsession for Hermia Demetrius barely even notices her smitten friend. When Hermia and Lysander plan to elope all four find themselves in the forest late at night where the fairy Puck and his lord Oberon wreck havoc on the humans with a love potion that causes the victim to fall in love with the first thing they see upon waking.