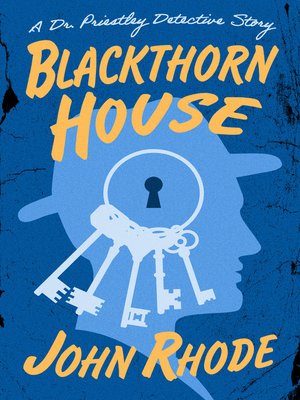 View more libraries...
A man's car is impounded as a stolen vehicle—but that's not the worst of it—in this classic British mystery starring a "tartly logical professor" (The New York Times).

Kenneth Winslow's company has sold a car to his nephew, Noel Yewdale, who's supposed to transport the large, locked chest in it. But before he can get the job done, the police seize the car—saying they think it's stolen.

When the cops confirm he won't get the car back, he's out of luck—but at least they're willing to help him carry the heavy chest out of the garage where the vehicle has been stored. Unfortunately, Yewdale has an even bigger problem when they pry the chest open to find out why it smells so bad—his uncle's body is stuffed inside. Superintendent Waghorn will do his best to solve the crime, but he may need some help from Dr. Lancelot Priestley to put the puzzle pieces together . . .