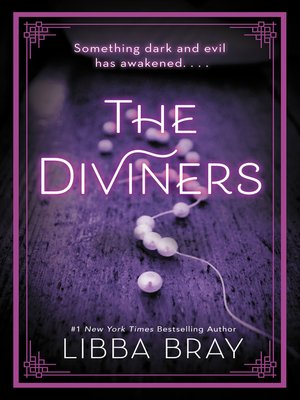 FantasyMysteryHistorical FictionYoung Adult Fiction
A young woman discovers her mysterious powers could help catch a killer in the first book of The Diviners series—a stunning supernatural historical mystery set in 1920s New York City, from Printz Award-winning and New York Times bestselling author Libba Bray.
Evangeline O'Neill has been exiled from her boring old hometown and sent off to the bustling streets of New York City—and she is ecstatic. It's 1926, and New York is filled with speakeasies, Ziegfeld girls, and rakish pickpockets. The only catch is that she has to live with her uncle Will and his unhealthy obsession with the occult. Evie worries he'll discover her darkest secret: a supernatural power that has only brought her trouble so far.
When the police find a murdered girl branded with a cryptic symbol and Will is called to the scene, Evie realizes her gift could help catch a serial killer. As Evie jumps headlong into a dance with a murderer, other stories unfurl in the city that never sleeps. And unknown to all, something dark and evil has awakened....
FantasyMysteryHistorical FictionYoung Adult Fiction

More about Libba Bray
The Diviners
Copy and paste the code into your website.
New here? Learn how to read digital books for free