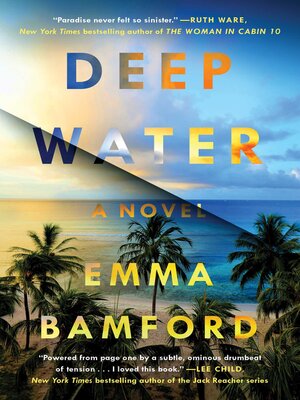 View more libraries...
The dark side of paradise is exposed when a terrified couple reveals their daunting experience on a remote island to their rescuers—only to realize they're still in the grips of the island's secrets—in this intense and startling debut in the tradition of Into the Jungle and The Ruins.
When a Navy vessel comes across a yacht in distress in the middle of the vast Indian Ocean, Captain Danial Tengku orders his ship to rush to its aid. On board the yacht is a British couple: a horribly injured man, Jake, and his traumatized wife, Virginie, who breathlessly confesses, "It's all my fault. I killed them."

Trembling with fear, she reveals their shocking story to Danial. Months earlier, the couple had spent all their savings on a yacht, full of excitement for exploring the high seas and exotic lands together. They start at the busy harbors of Malaysia and, through word of mouth, Jake and Virginie learn about a tiny, isolated island full of unspoiled beaches. When they arrive, they discover they are not the only visitors and quickly become entangled with a motley crew of expat sailors. Soon, Jake and Virginie's adventurous dream turns into a terrifying nightmare.

Now, it's up to Danial to determine just how much truth there is in Virginie's alarming tale. But when his crew make a shocking discovery, he realizes that if he doesn't act soon, they could all fall under the dark spell of the island.