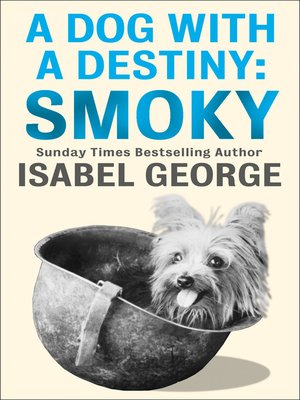 A Dog With a Destiny

Biography & AutobiographyNonfiction
An inspiring and heart-warming short story of canine devotion and bravery. Smoky, a baseball-size mass of brown fur, was found in a foxhole in the depths of the New Guinea jungle in the middle of the Second World War. The soldier who found her took the Yorkshire Terrier pup back to base and sold her to Bill, the US serviceman who would adopt her, for three Australian dollars. It was the start of a partnership that saw Smoky save US war plans and ground crew from bombings and bring a life line to stranded men when she laid phone lines through pipes under the runway. Extracted from the bestselling title Beyond The Call Of Duty, this is the story of a remarkable little dog who saw no boundaries. She stayed at Bill's side throughout the action and to the end of the war.
Biography & AutobiographyNonfiction

More about Isabel George
A Dog With a Destiny
Copy and paste the code into your website.
New here? Learn how to read digital books for free