Their Eyes Were Watching God 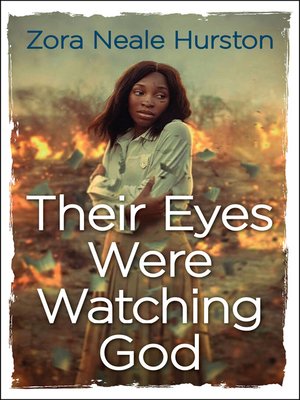 One of the most important and enduring books of the twentieth century, Their Eyes Were Watching God brings to life a Southern love story with the wit and pathos found only in the writing of Zora Neale Hurston. Out of print for almost thirty years—due largely to initial audiences' rejection of its strong black female protagonist—Hurston's classic has since its 1978 reissue become perhaps the most widely read and highly acclaimed novel in the canon of African-American literature.

Zora Neale Hurston was an American folklorist, anthropologist, and author. Of Hurston's four novels and more than 50 published short stories, plays, and essays, she is best known for her 1937 novel Their Eyes Were Watching God.

In addition to new editions of her work being published after a revival of interest in her in 1975, her manuscript Every Tongue Got to Confess, a collection of folktales gathered in the 1920s, was published posthumously after being discovered in the Smithsonian archives.