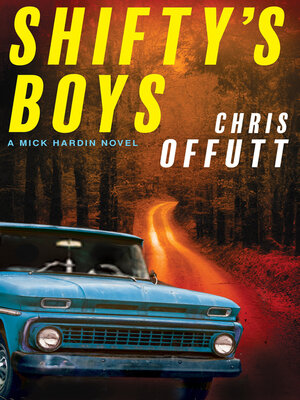 Army cop-turned-small-town-investigator Mick Hardin returns to Appalachia in this propulsive thriller from the award-winning author of The Killing Hills.
Mick Hardin is an Army CID officer home on leave, recovering from an IED attack and flirting with prescription painkillers, when a body is found in the center of town. It's Barney Kissick, the local heroin dealer, and the city police see it as an occupational hazard. But when Barney's mother, Shifty, asks Mick to take a look, it seems there's more to the killing than it seems. Mick should be rehabbing his leg, signing his divorce papers, and getting out of town—and most of all, staying out of the way of his sister's reelection as Sheriff—but he keeps on looking, and suddenly he's getting shot at himself.
A dark, pacy crime novel about grief and revenge, and the surprises hidden below the surface, Shifty's Boys is a tour de force that confirms Mick Hardin as one of the most appealing new investigators in fiction.
Praise for The Killing Hills
"[A] work of rural noir whose characters' singular codes lead to constant surprises." —The Wall Street Journal
"Dark, but deeply humane. The love in this book is deep and powerful. And winsome twinkles shine through the blackness throughout, thanks in no small part to Offutt's keen ear and eye." —The New York Times
"Sense of place also steams off the pages . . . Pitch-perfect in its tone and dialogue, if more interested in mood than in the business of plot, this is what Jack Reacher wants to be when it grows up." —The Times [UK]