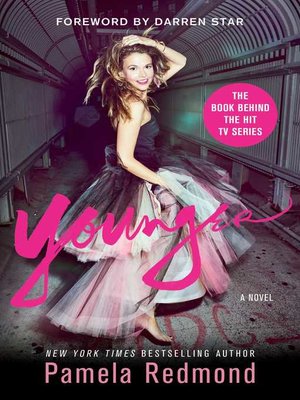 View more libraries...
A story of inspiration and transformation for every woman who's tried to change her life by changing herself—now a hit TV series from the creator of Sex and the City starring Sutton Foster and Hilary Duff.
She wants to start a new life.

Alice is trying to return to her career in publishing after raising her only child. But the workplace is less than welcoming to a forty-something mom whose resume is covered with fifteen years of dust.

If Alice were younger, she knows, she'd get hired in a New York minute. So, if age is just a number, why not become younger? Or at least fake it. With help from her artist friend Maggie, Alice transforms herself into a faux millennial and soon finds an assistant's job, a twenty-something bff, and a hot young boyfriend, Josh, who was in diapers when Alice was in high school.

You're only as young as you feel.

Alice is too thrilled with her new relationship and career to worry about the fallout from her lie. But when Maggie decides she wants a baby, Alice's daughter comes home early from studying abroad, and Alice finds herself falling in love with Josh, she realizes her masquerade has serious consequences, especially for her.

Can Alice turn the magic into her real life? Or will the truth come out and break the spell?