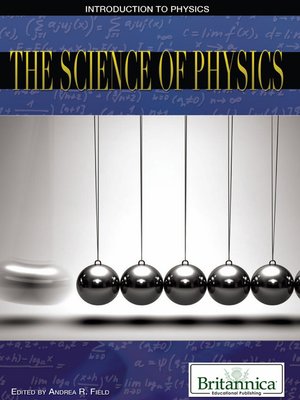 The Science of Physics

As the foundation for other natural sciences, physics helps us interpret both our most basic and complex observations of the natural world. Physics encompasses such topics as mechanics, relativity, thermodynamics, and electricity, among others, all of which elucidate the nature of matter, its motion, and its relationship to force and energy. This engaging volume surveys some of the major branches of physics, the laws, and theories significant to each. Also chronicled are some of the historical milestones in the field by such great minds as Galileo and Isaac Newton.

The Science of Physics
Copy and paste the code into your website.
New here? Learn how to read digital books for free