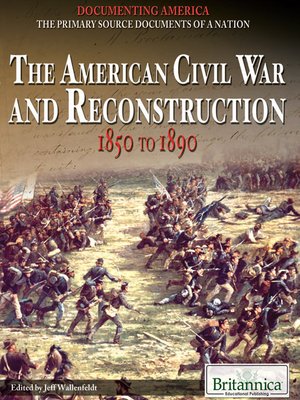 The American Civil War and Reconstruction

1850 to 1890 · Documenting America: The Primary Source Documents of a Nation

While the United States represents freedom to many, much of its history tragically includes the enslavement of a large portion of its population. When the fight for emancipation came to an epic head, civil war ensued and the country was divided as never before. Inflamed passions on both sides of the slavery debate inspired fervent rhetoric, much of which is reflected in the primary source documents interspersed with the text in this thought-provoking volume, which chronicles the events of the American Civil War and the Reconstruction period that followed.

The American Civil War and Reconstruction
Copy and paste the code into your website.
New here? Learn how to read digital books for free