Architects of the Information Age

ebook ∣ Computing and Connecting in the 21st Century 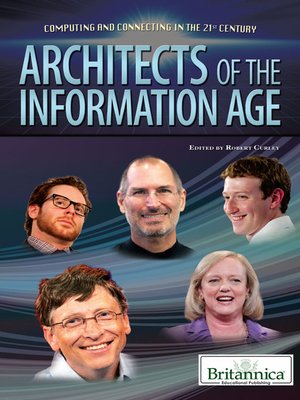 Computing and Connecting in the 21st Century

The rapid development of computer technology since the mid-20th century would not have even been imaginable without the brainpower of individuals dedicated to innovation and turning the seemingly impossible into reality. As far back as the eighteenth century, inventors began setting the stage for future minds to advance hardware and software that would change our world forever. This engaging volume introduces readers to the titans of the technology industry, including Bill Gates, Steve Jobs, and Mark Zuckerberg, among many others.

Computing and Connecting in the 21st Century