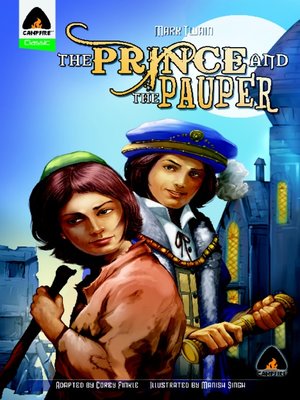 The Prince and the Pauper

A chance meeting between a member of the royal family and a street urchin triggers a course of events that form the basis of this enthralling story.

Tom, the pauper; and Edward, the prince, discover that not only do they share the same birthday, they also look identical. Being the boys that they are, they decide to have some fun and exchange clothes. However, little do they know that this will land them up in the most bizarre of situations.

Inadvertently, the boys end up swapping places with each other – Tom becomes the prince; and Edward, the pauper. No one believes them when they try to explain their true identities, so they are forced to adapt to their new lifestyles, with very interesting consequences.

This well-loved novel by Mark Twain takes a humorous look at sixteenth-century society, and the inequalities that existed at that time, and perhaps still do today.

Mark Twain (1835-1910) was an American author and humorist. He is most noted for his novels The Adventures of Huckleberry Finn, referred to as the Great American Novel, and The Adventures of Tom Sawyer. During his lifetime, he became a friend to p...

More about Mark Twain
The Prince and the Pauper
Copy and paste the code into your website.
New here? Learn how to read digital books for free