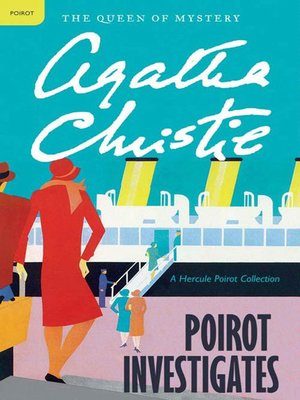 Poirot Investigates a host of murders most foul—as well as other dastardly crimes—in this intriguing collection of short stories from the one-and-only Agatha Christie.

What links these fascinating cases? Only the brilliant deductive powers of Hercule Poirot!

Agatha Christie is the most widely published author of all time, outsold only by the Bible and Shakespeare. Her books have sold more than a billion copies in English and another billion in a hundred foreign languages. She died in 1976.

More about Agatha Christie
Poirot Investigates
Copy and paste the code into your website.
New here? Learn how to read digital books for free