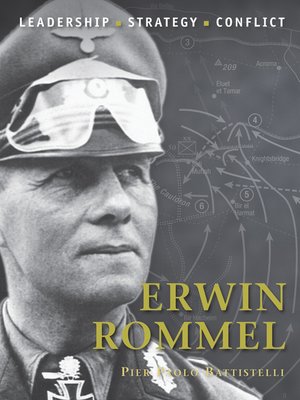 Nicknamed 'The Desert Fox' for his cunning command of the Afrika Korps, Erwin Rommel remains one of the most popular and studied of Germany's World War II commanders. He got his first taste of combat in World War I, where his daring command earned him the Blue Max, Germany's highest decoration for bravery. He followed this up with numerous successes early in World War II in both Europe and Africa, before facing his biggest challenge - organizing the defence of France.

Implicated in the plot to kill Hitler, Rommel chose suicide over a public trial. This book looks at the life of this daring soldier, focusing on his style of command and the tactical decisions that earned him his fearsome reputation.