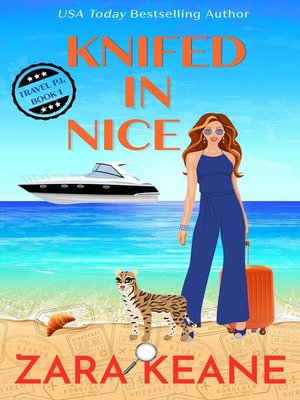 During an unfortunate incident at her first legit job in years, Angel fires a ketamine dart into one of London's most notorious gangsters. Now she's in disguise and on the run. With a bunch of thugs on her tail, she embarks on a mad chase across France, determined to stay one step ahead of the villains.

At least, that was the plan.

The moment out-of-work actor Sidney Foggington-Smythe sits next to her on the train to Paris, Angel has no idea she's just met the second half of their crime-solving duo. How can a fashion-obsessed posh boy be anything but a hindrance? When fate forces the two twenty-somethings into the same stolen Mercedes, Angel is hampered by an unwanted sidekick, a kidnapped cat, and a corpse with a tendency to pull a Houdini. Now Angel and Sidney are in a race against time to reach Nice, find the killer, and clear their names before their next destination is the morgue.