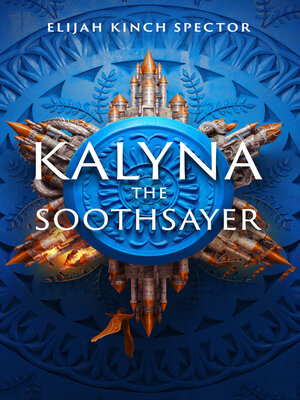 View more libraries...
A plucky, sardonic con artist must “prophesize” her way out of peril— discovering along the way that power and politics are nothing more than the stories sold as truth.
Kalyna’s family has the Gift: the ability to see the future. For generations, they traveled the four kingdoms of the Tetrarchia selling their services as soothsayers. Every child of their family is born with this Gift—everyone except Kalyna.
So far, Kalyna has used informants and trickery to falsify prophecies for coin, scrounging together a living for her deteriorating father and cruel grandmother. But Kalyna’s reputation for prophecy precedes her, and poverty turns to danger when she is pressed into service by the spymaster to Rotfelsen.
Kalyna is to use her “Gift” to uncover threats against Rotfelsen’s king, her family held hostage to ensure her good behavior. But politics are devious; the king’s enemies abound, and Kalyna’s skills for investigation and deception are tested to the limit. Worse, the conspiracy she uncovers points to a larger threat, not only to Rotfelsen but to the Tetrarchia itself.
Kalyna is determined to protect her family and newfound friends, but as she is drawn deeper into palace intrigue, she can no longer tell if her manipulations are helping prevent the Tetrarchia’s destruction—or if her lies will bring about its prophesized downfall.