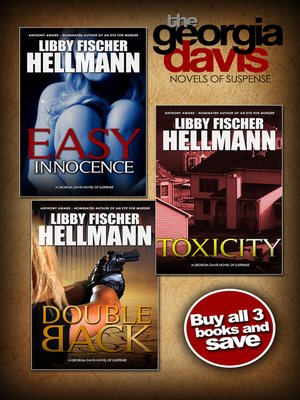 PI Georgia Davis burst on the scene in Libby Fischer Hellmann's EASY INNOCENCE (2008). That was followed in 2009 by DOUBLEBACK, which reunited Georgia with Ellie Foreman. TOXICITY, the prequel to the series was released in 2011. Now all three are together in one volume. We hope you enjoy this highly acclaimed crime fiction thriller series.