The Light-years Beneath My Feet 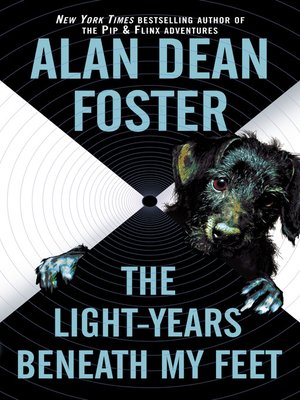 View more libraries...
“Foster is in top form here, entertainingly mixing politics, comedy, and intriguing alien anthropology.”—Booklist
Abducted by aliens to be sold as pets in a more civilized part of the galaxy, earthlings Marcus Walker and a scruffy dog named George (speech-enhanced to increase his market value) have managed to escape their captors. Walker loves being humankind’s first galactic traveler—until he remembers he hasn’t a clue where home is or how to get there. So the erstwhile commodities broker becomes a chef, whipping up delicacies for demanding alien palates. Of course he never imagined that the way back to Chicago would involve swapping his easy-living adopted planet for an all-out, age-old war many parsecs away. But hey, it’s all for a good cause, he has George and their two fellow escapees for company, and what else is there to do, besides avoid nasty aliens? Plenty, as it turns out.
“An enjoyable read . . . Foster’s writing is smooth and his characters engaging.”—SFReader
“Sometimes humorous, sometimes serious, and always entertaining.”—Library Journal