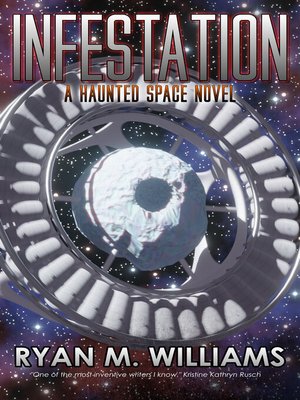 In a spacecraft, everyone can hear you scream.

The comet mining ship Olympia drifts into the Station's solar system. No one aboard. Power at minimal levels. Yet the ship appears intact and function. A curiosity and an administrative headache that the Station is quick to auction off to an enterprising couple seeking freedom and a new start for their family. Only the ship isn't as empty as the salvage reports indicated. Something stayed behind.

They turn to an unlikely duo for help. Jules, a medium whose scars are hidden beneath a prosthetic face. And MAR-A, a former combat droid seeking spiritual answers. Together they face strange new terrors that threaten their very souls.