ebook ∣ Wildness and the Vitality of the Land 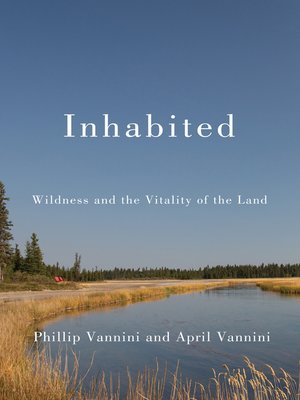 People are key elements of wild places. At the same time, human entanglements with wild ecologies involve extractivism, the growth of resource-based economies, and imperial-colonial expansion, activities that are wreaking havoc on our planet.
Through an ethnographic exploration of Canada's ten UNESCO Natural World Heritage sites, Inhabited reflects on the meanings of wildness, wilderness, and natural heritage. As we are introduced to local inhabitants and their perspectives, Phillip Vannini and April Vannini ask us to reflect on the colonial and dualist assumptions behind the received meaning of wild, challenging us to reimagine wildness as relational and rooted in vitality. Over the three years they spent in and around these sites, they learned from Indigenous and non-Indigenous peoples about their entanglements with each other and with non-human animals, rocks, plants, trees, sky, water, and spirits. The stories, actions, and experiences they encountered challenge conventional narratives of wild places as uninhabited by people and disconnected from culture and society. While it might be tempting to dismiss the idea of wildness as outdated in the Anthropocene era, Inhabited suggests that rethinking wildness offers a better – if messier – way forward.
Part geography and anthropology, part environmental and cultural studies, and part politics and ecology, Inhabited balances a genuine love of nature's vitality with a culturally responsible understanding of its interconnectedness with more-than-human ways of life.