Jewel in His Crown 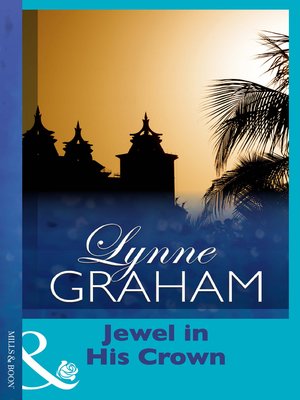 A virtuous wife is worth more than rubies... Sheikh Raja al-Somari knows that sacrificing his freedom for the good of his country isn't a choice; it's a duty. But he's going to have to use more imaginative tactics to convince his new bride... Yesterday Ruby Sommerton was an ordinary girl, going to work and gossiping with her flatmate. Now she's a princess – and is waiting nervously in the bedroom of the Prince's desert palace! Ruby has a lot to learn – about being royal, how exhilarating nights with her new husband can be...and that an heir is top of his agenda!

Fiction Romance
Jewel in His Crown