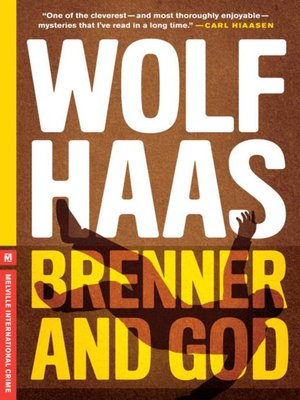 View more libraries...
Introducing one of Europe's most widely popular detective series
Wanting out of high-stress detective work, Simon Brenner takes a calming job as a chauffeur, shuttling a two-year-old girl back and forth in a soothing ride along the Autobahn between her father, a construction tycoon in Munich, and her mother, an abortion doctor in Vienna.
Except then one day he stops at a gas station to buy the little girl a chocolate bar and comes back to find she's been kidnapped . . . and suddenly he's out of a job, thoroughly stressed out, and a detective again.
With no shortage of leads—both the father's latest development and the mother's clinic are under siege by protestors—Brenner makes his way through a powerful cast of characters and a growing pile of bodies to solve the crime in the only way he knows how: By being in precisely the right place at the worst possible time.
Told with sharp-edged wit, suspense that's even sharper, and one of the most quirky, hilarious, and compelling narrative voices ever.