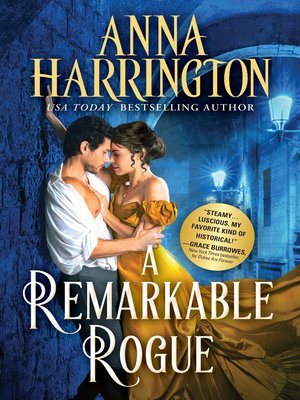 As a lady and a baroness, Sydney Rowland has spent a lifetime keeping secrets—one of them being her young son. Now that the husband she despised is dead, she'll do anything to get her son back and protect him however she can. And that includes risking her life when she's coerced into working for a revolutionary group determined to overthrow the government.

Captain Nathaniel Reed has heard of Sydney's involvement with Scepter. Though he quickly learns that Sydney is innocent, he's determined to keep the secretive widow at arm's length despite the attraction that burns between them. But when she turns to him for help, nothing will stop him from coming to her aid and showing her exactly what she means to him...

"A touching and tempestuous romance, with all the ingredients Regency fans adore."—GAELEN FOLEY, New York Times bestselling author, for Dukes Are Forever

"Action, suspense, seduction, and two determined lovers fighting for what is right provide a host of reasons to read well into the night." —Library Journal Starred Review for An Inconvenient Duke