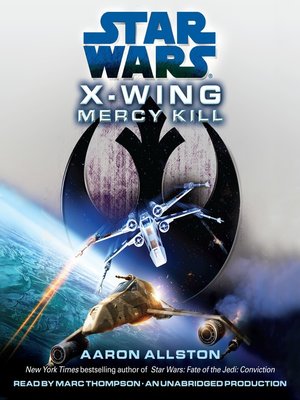 FictionScience FictionThriller
The intrepid spies, pilots, and sharpshooters of Wraith Squadron are back in an all-new Star Wars adventure, which transpires just after the events of the Fate of the Jedi series!

Three decades have passed since Wraith Squadron carried out its last mission. Taking on the most dangerous and daring operations, the rogues and misfits of the elite X-Wing unit became legends of the Rebellion and the Second Galactic Civil War, before breaking up and going their separate ways. Now their singular skills are back in vital demand—for a tailor-made Wraith Squadron mission.

A powerful general in the Galactic Alliance Army, once renowned for his valor, is suspected of participating in the infamous Lecersen Conspiracy, which nearly toppled the Alliance back into the merciless hands of the Empire. With orders to expose and apprehend the traitor—and license to do so by any and all means—the Wraiths will become thieves, pirates, impostors, forgers . . . and targets, as they put their guts, their guns, and their riskiest game plan to the test against the most lethal of adversaries.
"A rare entry point for newbies to the Star Wars expanded universe."—Kirkus Reviews
From the Hardcover edition.
FictionScience FictionThriller

Aaron Allston is the New York Times bestselling author of the Star Wars: Fate of the Jedi books Conviction, Outcast, and Backlash; the Star Wars: Legacy of the Force novels Betrayal, Exile, and Fury; the Star Wars: The New Jedi Order: Enemy Lines ...

More about Aaron Allston
Mercy Kill
Copy and paste the code into your website.
New here? Learn how to read digital books for free