How to Worship a Goddess 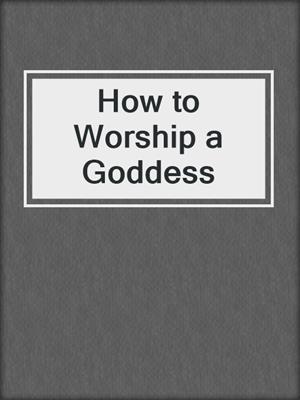 He's Exactly What She's Always Wanted.
And She Unleashes Him Like a Force of Nature...

Lucy was once the beloved Goddess of the Moon, and she could have any man she wanted. But these days, the goddesses of the Etruscan pantheon are all but forgotten. The only rituals she enjoys now are the local hockey games, where one ferociously handsome player still inflames her divine blood.

Brandon Stevenson is one hundred percent focused on the game, until he looks up and sees a celestial beauty sitting in the third row. A man could surely fall hard for a distraction like that.

Forgotten Goddesses series:
What a Goddess Wants
How to Worship a Goddess
Goddess in the Middle