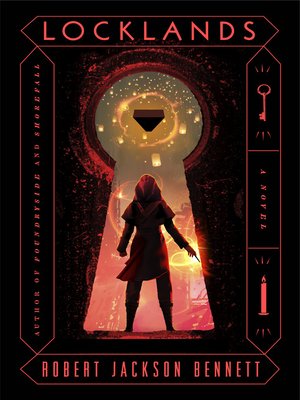 View more libraries...
NATIONAL BESTSELLER • The jaw-dropping conclusion to the acclaimed Founders Trilogy, from the Hugo–nominated author of Foundryside and Shorefall
“It’s so rare to love every single book in a trilogy, to admire the aim, precision, and storytelling stamina this much.”—The New York Times Book Review

ONE OF THE BEST BOOKS OF THE YEAR: The New York Times, The Quill to Live
Sancia, Clef, and Berenice have gone up against long odds in the past. But the war they’re fighting now is one even they can’t win.
This time, they’re not facing robber-baron elites or even an immortal hierophant, but an entity whose intelligence is spread over half the globe—one that uses the magic of scriving to control not just objects but human minds.

To fight it, they’ve used scriving technology to transform themselves and their allies into an army—a society—unlike anything humanity has seen before. With its strength at their backs, they’ve freed a handful of their enemy’s hosts from servitude, and even defeated some of its fearsome, reality-altering dreadnoughts.

Yet despite their efforts, their enemy marches on. Implacable. Unstoppable.

Now, as their opponent closes in on its true prize—an ancient doorway, long buried, that leads to the chambers at the center of creation itself—Sancia and her friends glimpse a last opportunity to stop this unbeatable foe. To do so, they’ll have to unlock the centuries-old mystery of scriving’s origins, embark on a desperate mission into the heart of their enemy’s power, and pull off the most daring heist they’ve ever attempted.

But their adversary might have a spy in their ranks—and a last trick up its sleeve.

And to have a chance at victory, Sancia, Clef, and Berenice will have to make a sacrifice beyond anything that’s come before.